In the language Kannada, Biligiri means white hill. The name is believed to be a reference to the white rock face sported by one of the major hills; the hill which is crowned by the temple of Lord Vishnu (Ranganatha Swamy). Another possible explanation is that “white hill” is an allusion to the white mist and the silvery clouds which often engulf the hills. 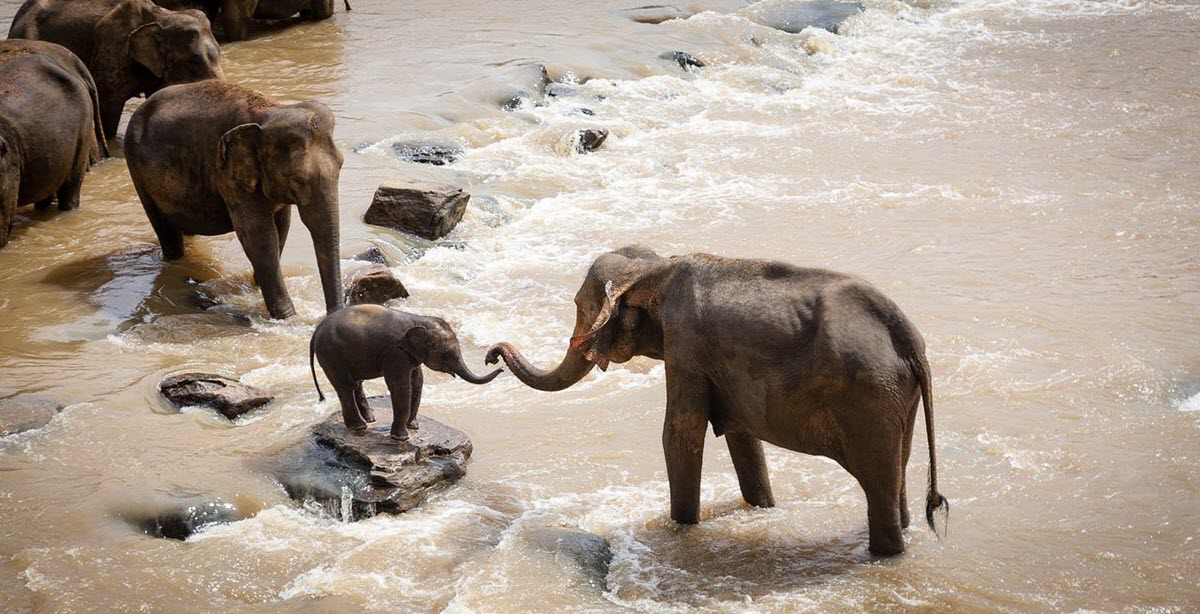 The sanctuary is located in south-western Karnataka, by the border to the Tamil Nadu state. The closest city is Mysore, which is approximately 80 km away.

The sanctuary is roughly 35 km long in the north-south direction and circa 15 km wide east-to-west.

There is a wide variation in average temperature within the sanctuary, depending chiefly on elevation, and elevation also impacts rainfall. The average annual rainfall at the base is just 600 mm, while the hilltops can expect to get around 3000 mm in a normal year.

The basal plateau is roughly 600 metres above sea level, while the tallest hill peaks tower at circa 1200 metres.

Each year in April, a festival is held here in honor of Lord Vishnu. It draws devotees from near and far.

Every other year, members of the local Soliga tribe presents huge (1 foot and 9 inches) slipper made of sin to the deity in the hills.

The Biligirirangan Hills are covered in tropical dry broadleaf forest, and are included in the dry decidious forest ecoregion of the South Deccan Plateau.

At lower elevation, you will find mostly shrubs, as the forest in these easy-accessible sections have been damaged by over-use. If we move further up, we reach a more well-preserved forest with tall deciduous trees typical for the ecoregion. At even higher elevations, the hills feature stunted shola forests and montane grasslands.

Together with the Male Mahadeshwara Hills, the Biligirirangan Hills forms an unusual ridge that runs north-south over the plains of Bangalore, Mysore and Krishnagiri.

Among other things, this important wildlife corridor links the largest populations of wild Asian elephants in Southern India with each other, and these hills have the only forest east of the main Western Ghats where you can encounter big herds of wild elephants.

The Biligirirangan corridor is very important for tigers, and when the sanctuary was studied in 2017, DNA from 62 different tigers was detected. Leopards and certain smaller wild cats also make use of the passage, and so does the dhole – the whistling mountain dog of Asia.

The IUCN estimates that fewer than 20,000 sloth bears remain in the wild, and we know that some of them have survived in this sanctuary. (Another good location for sloth bears in Karnataka is the Daroji Bear Sanctuary.) Sloth bears may appear slow and clumsy, but they can actually gallop much faster than a running human and are excellent tree climbers. When the bear cups are small, their mother will carry them up trees to protect them from predators on the ground.

The Biligirirangan Hills are well-known for its population of gaur; the largest cattle in the family Bovidae. This animal is also known as the Indian bison, and it is listed as Vulnerable on the IUCN Red List. Examples of other grazing mammals that live here are sambhar deer, chital (spotted deer), muntjacs (barking deer), and chousingha (four-horned antelope).

Over 250 different bird species have been recorded in the Biligirirangan Hills.

The sanctuary was established in 1974 and is governed by the Karnataka Forest Department. It is protected under the Wildlife Protection Act of 1972. In 2011, the site was also declared a Tiger Reserve by the Karnataka government, after receiving approval from India’s National Tiger Conservation Authority.

The first part of the wildlife sanctuary was a 322.4 square kilometres area around the temple. In 1987, the protected area was enlarged to encompass 539.52 sq km.