Panambur Beach is located in the northern parts of Mangalore (Mangaluru), a major port city of the Indian state of Karnataka.

The beach, which faces the Arabian sea, is roughly 2 km long and is considered one of the most well-maintained urban beaches in Karnataka. It is popular among both locals and visitors from other parts of the country and abroad. The distance from the city centre to the beach is roughly 10 km.

The name Panambur is derived from Panam which means “money” and Ur which means “place” or “village” in the Tulu language. 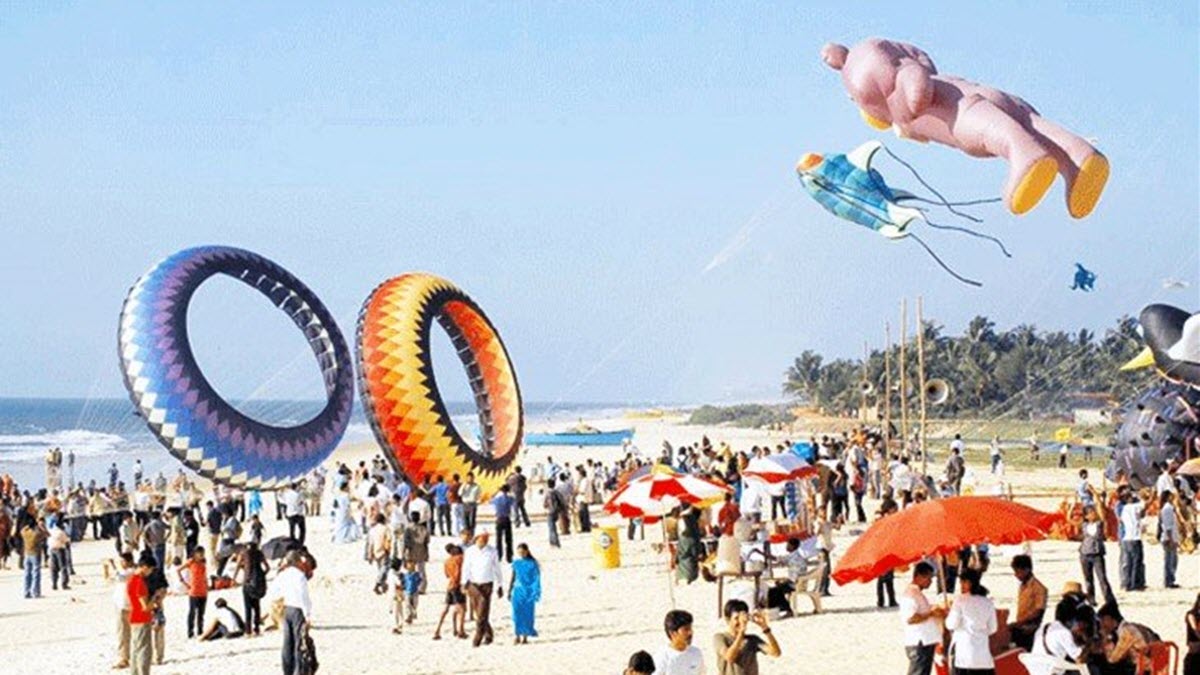 The beach is the responsibility of the Mangalore City Corporation and maintained by the private Panambur Beach Tourism Development Project.

Festivals and other events

The three-day long Panambur Beach Festival is organised by the district administration of Dakshina Kannada and is a part of the big Karavali Utsav (Coastal Festival). Among the many activities, we find singing and dance exhibitions and competitions.

The Panambur Kite Festival is an international kite festival that attracts a lot of competition teams and spectators from all over the world. The festival is hosted by Team Mangalore and sponsored by several different Indian corporations, including ONGC and MRPL.

Panambur Beach is located in the city Mangalore, in India. The beach is roughly 10 km north of the city centre, and well connected by city buses.

The closest railway station, Surathkal, is 6 km from the beach.

Take a city bus to the beach

About the Panambur part of Mangalore

Panambur Beach is named so since it is found in the Panambur part of northern Mangalore. This is a location with many contrasts, as it is home to both a very beautiful sandy beach, a very active seaport and several large industrial enterprises. You will for instance find the KIOCL Pellet Plant and facilities for the Mangalore Chemicals & Fertilizers here.

The New Mangalore Port in Panambur is Karnataka´s only major port. Panambur Beach is found just next to it, and the adjacent rock wall is a part of the northern breakwater for the port entrance. Walking on the breakwater rocks is not permitted, as it would be a violation of port facility security.

Beach improvement in the 21st century

As late as the early 2010s, Panambur Beach was just another beach stretch in Mangalore. It did not receive much maintenance, few services available to visitors and garbage was a big problem. (It was similar to how the nearby Tannirbhavi Beach is today.)

A driving force behind Panambur Beach´s recent improvements is Yathis Baikampady, a local man in his 40s who loved the beach but was was distressed by its poor condition. He had grown up in a local fishing community, and this upbringing had given him fascination for the sea that remained even when he left that life to work as a bank manager in the city.

Baikampady started his attempt to improve Panambur Beach fairly small-scale with a clean-up drive, ridding the beach of garbage together with volunteers and with the blessing of the deputy municipal commissioner Subodh Yadav. Soon, this grew into something much bigger and the Panambur Beach Tourism Development Project was launched.